Article from the Journal of the American Medical Association (Jama) – Correlation Between Telomere Length and Bad Things… Article Synopsis – Conclusion In this study population, there was a statistically significant inverse relationship between telomere length and your health -“bad things happen when telomeres get short.”. 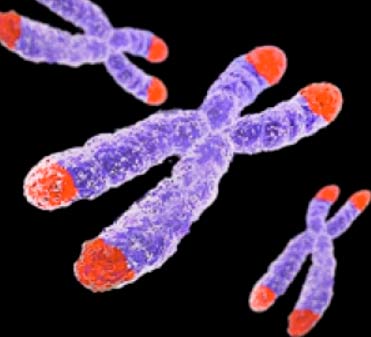 Article from the Penny Sleuth Newsletter, Jan 6, 2011. – Why Anti-Aging Could Breed the Next Batch of Billionaires! – Article Synopsis – Andrews has teamed up with natural mineral, herb and botanical expert John Anderson, the founder of Isagenix, to screen natural products. Anderson owns rights for many natural substances and is providing Sierra Science with molecules that are “generally recognized as safe” (GRAS).

Article from the American Journal of Clinical Nutrition – Article Synopsis – Associations between diet, lifestyle factors, and telomere length in women. -Some very interesting conclusions can be drawn from this article on Telomeres, some you might expect, others may surprise you.

Article from The Independence Science – The £400 test that tells you how long you’ll live. – Article Synopsis – There is a blood test that reveals your current telomeres length and thus your expected life span. Scientists behind the test said it will be possible to tell whether a person’s “biological age”, as measured by the length of their telomeres, is older or younger than their actual chronological age. Medical researchers believe that telomere testing will become widespread within the next five or 10 years.

Basic info on Telomeres from Wikapedia:

In the early 1970s, Russian theorist Alexei Olovnikov first recognized that chromosomes could not completely replicate their ends.  Olovnikov suggested that DNA sequences are lost every time a cell/DNA replicates until the loss reaches a critical level, at which point cell division ends.

Elizabeth Blackburn, Carol Greider, and Jack Szostak were awarded the 2009 Nobel Prize in Physiology or Medicine for the discovery of how chromosomes are protected by telomeres and the enzyme telomerase.

Telomeres at the end of DNA prevent the chromosome from growing shorter during replications (with loss of genetic information) by employing “telomerases” to synthesize DNA at the chromosome terminal.

Telomere length varies greatly between species, from approximately 300 base pairs in yeast to many kilobases in humans, and usually is composed of arrays of guanine-rich, six- to eight-base-pair-long repeats.

As you age, it can sometimes feel like your body is wearing down all around you. We at Undo-Aging.com believe that this unhappy aging process does not have to happen. Here we will provide you with amazing information and products on how to turn the clock back on aging and live your life to its fullest!